How do you play well when you are losing? 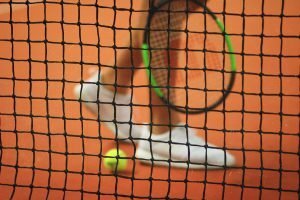 Photo by John Fornander on Unsplash

Novak Djokovic, the Grand Slam champion holding No. 1 position in tennis globally, recently had the most unexpected encounter in the US Open. Accidentally hitting a line judge with a ball, he was disqualified from the tournament, leaving an empty spot for a new champion to emerge.

Why Novak Djokovic is being cited as an example is not because of how he faced this rare occurrence, but because of an attribute he is famous for in playing long and hard games of tennis to win 17 Grand Slam champions to be #1 in the world.

He is known as a person who plays extremely well in defence.

He is steadfast, patient and conscious in the game even when his opponent in is in the lead, and is indifferent to who has the lead when it comes down to it.

Well is that something difficult to do and is it a match-winning attribute?

As someone who’s been in the area, I’d have to wholeheartedly agree.

When loss is staring you in the face, and as the gap starts widening at a critical part of the game, it is extremely hard to not to shift to the mindset of a ‘loser’. Loosing causes us to panic, to be aggressive and at times to be irrational. These are non-other than responses to realising defeat and preparing to fight for survival, and this is what our million-year old brain gets us to do as humans.

Yet, don’t we have times when we actually look back that we realise the reason why we lost was not that very moment we had lost, but getting to that mindset of losing, which led to subsequent actions?

So how do we keep a winning mindset when we come across temporary failure?

Here are some tips, that I would suggest, but these are not for winning a game or a project, which has a definite start and an end, but to win your own game of life (I agree with Simon Sinek, who says that sports analogies are not the best for general leadership examples, where you intend to influence as a leader is a much longer time horizon).

Visualisation with vivid mental pictures of what you want to have or where you want to be at is a known technique to prepare yourself to win. You create a mental blueprint of whatever you achieve in reality before you actually have it. If you have a mental blueprint of your winning, do acknowledge the small detailed moments where you are on the losing side. Pass that moment with grace and the confidence with a vision to win. When you actually face it, it would help you remind yourself that this loss is only a part of a winning game.

“Yesterday was history, tomorrow’s a mystery and today is a gift” is a famous saying we have heard. The fundamental truth behind this phrase is that NOW is the only moment we have control of. When failure hits us, we get to that uncomfortable moment, a moment that we like to pass sooner than later. We dread to be in there and seek to get out of it. Yet the attitude to face it boldly does not come from rejecting it but rather accepting it and being indifferent to it. In Buddhism the way to acknowledge it, is by admitting ‘this too shall pass’, a moment of discomfort, that we do not need to fight against, but work through to pass. Detaching yourself from the moment of failure and seeing it as a moment of action, rather than a moment of judgement is what would make a difference.

The more we are able to not to be emotional about it, the better we will be in managing the typical animal response of panic, which causes a flow of adrenaline and vice versa. Adrenaline provides an impactful and quick survival response of fight or flight, when what we actually want is a rational response of strategy and action.

The moment you get to the loosing mentality, you start to make visual pictures of excuses, blaming, lamenting and mourning. None of these are useful, though they keep coming up as survival responses.

Instead, keep visualising about how you speak about this moment as a winner, to a colleague to a family member or to your grandchildren. How grave and critical it was, but how you turned it around, how things changed from this point onwards and what you remember when you look back.

We do not need every victory that comes across our way. There are times that we are better off, when we let something go to have a bigger victory. If there is a feeling of abundance and sufficiency that gives the sense of being enough with or without a temporary victory, that gives us the confidence to know that passing this point unharmed (or with least damage) is good enough to have success elsewhere.

Being grateful to what we are, and what we have, with or without the victory you are trying to achieve, provides that fulfilment, in order to not get emotionally overwhelmed with failure. It is not telling that ‘failure is ok, so you do not need to strive to achieve’. Rather, it’s telling that ‘failing this one does not make myself a failure, as there are many wins without it, which makes me a winner anyway’.

One’s mind is such a delicate and critical thing to keep intact and we find that it is not the circumstances who create winners and leaders, but rather how one handles those moments – moments of truth and moments of failure. That’s what differentiates those who win – especially long and hard games in life.

Looking at Preowned Goods in a New Light

Rethinking the way we give gifts

Why buy when we can borrow?

Convertibles Are the New Black!